A little about Royal Orphan; Our debut release is a 6 song EP that consists of material I’ve been writing for many years and just recently got around to recording and releasing. I played all guitars, bass and did all of the vocals on this and the drums are courtesy of Joey Migz who is a lifelong friend and band mate. The aim of this project is epic heavy metal featuring classic as well as inventive riffing in the context of classic rock story teller songwriting. Although catchiness and hooks are a focus, my target audience is the dedicated underground heavy metal fans.
My main influences are Iron Maiden, Priest, Sabbath, old Savatage, Blue Oyster Cult, Voivod and Thin Lizzy. Sounds crazy but I’m old and my influences span decades. Our mantra; “Welcome To The Future of the Old School.” 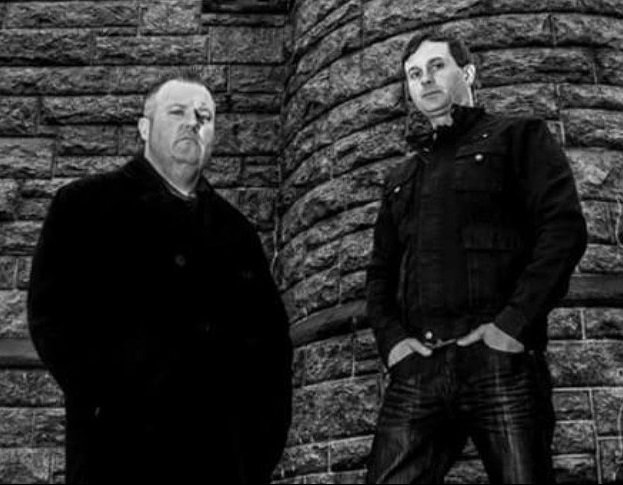 My friend pinged me and sent me a link to a new band that he thought I might like – Royal Orphan. Now I’m always on the look out for new and interesting bands so I eagerly opened what he sent me. It took every ounce of my self-restraint to not immediately close out of the window based on first impressions alone. From the logo and the silly album cover, it looked like something I might have done in MS Paint during my middle school years to avoid doing real work. I’m certainly glad that I did not allow my pettiness to prevail because the music was a real surprise.

I was in the middle of listening to Titan Force’s debut album when I was sent Royal Orphan’s self-titled EP. When I switched over music I had difficulty discerning what artist I was even listening to. Royal Orphan’s core sound is so similar to that of Titan Force – a style of progressive power metal that so few are attempting nowadays. This progressive take on US power metal harkens back to bands like Queensryche, Fates Warning, Lethal, and especially Heir Apparent. The band cites Voivod as a major influence, but everything from Royal Orphan’s name to the aesthetic to the music itself screams Heir Apparent’s Graceful Inheritance to me.
You could have told me that this was recorded thirty years ago and I would have believed you without batting an eye. Royal Orphan sound dated in the absolute best way possible. Learning a little bit about this band’s history helps to explain why that’s the case. They originally formed in 1988, which would put them towards the tail end of the USPM movement right when bands were starting to adopt a more progressive edge. This EP has been in the slow and steady making since that point.
As mentioned earlier, Royal Orphan’s sound is deeply rooted in the progressive branch of US power metal. The songs structures are varied and complex in nature. The guitar work is excellent but unfortunately finds itself buried in the mix. The production is unmistakably old school and on the thinner side of things. I would have liked to see a more robust production to help bring out the guitars. With the thinner production, the guitars lose some of the impact that they should have.
The vocals are a solid midrange for the most part and do their job. I found them to be a bit too loud in the mix, resulting in the overpowering of the instrumentation. I was surprised to find that there aren’t any distinct highs or falsettos, a staple of this sound, on the EP. A bit more variation in the vocal lines and delivery would have added another dimension to the sound. The bass guitar and drums on the other hand demonstrate an ample amount of variety. They aren’t there just to compliment the guitar. The bass is prominent in the mix and has its own identity. The drums are on par with the bass in this regard as they work to move the music forward.
I’m glad that Royal Orphan didn’t just disappear given their circumstances. This EP is a pleasant surprise and a total blast from the past. If you’re a fan of the progressive US power metal style then do yourself a favor and give Royal Orphan a listen. Bands that sound like this are a dying breed.

Favorite Track: Lost in Time (coincidentally, one of my segments here at Ride Into Glory!)